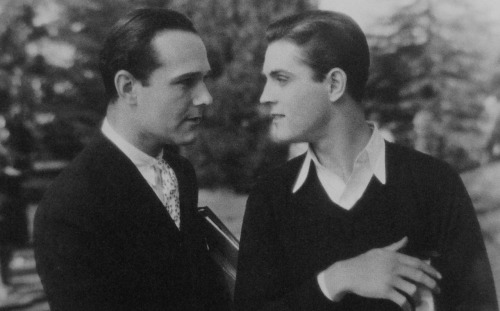 William Haines was a big Hollywood actor in the 1920s who was gay. When he was caught in public with a man he was forced by MGM to either marry a woman and continue his very successful movie career – or be banned from the movies if he didn’t. He chose the latter and then went on to become a much sought after interior designer for movie stars and wealthy patrons in Los Angeles. He refused to work for any client who was in MGM management.